DEATH OF THE GENERAL PHYSICAL EXAM

If one thing anchored a physician’s practice over time, it was that patients would come in, year after year, for their physical examination.

This ritual served two purposes in particular: first, finding mischief before it became so advanced that my probing hands would ensure that an impending disaster was thwarted; and second, confirming the notion that caring for this person was linked, for basically all of their lives, to one doctor.

Well, that has changed.

In some ways it could never live up to its promise that the family doctor could find serious trouble before their patients complained that things weren’t right any more. In fact, the annual physical has taken on a magical quality that’s never been sustained by reality. In practice, there were only rare occasions when simply looking at the person told me what and where the problem was. The tulip yellow face of the jaundiced patient sitting in the waiting room, indeed, said it all.

But even when I began my practice 38 years ago, I knew these ‘discoveries’ were sporadic and highly unpredictable. Detecting the omninous irregular heartbeat that was life threatening or the lump that would jumpstart treatment for cancer was nothing but a quirk. Most of my women patients, some 75% according to medical studies, found their own lumps even with regular mammography and hallowed regular clinical breast exams. In the same way, examining a patient’s abdomen in order to confirm the hardened liver edge of a drinker or a patient with a known treated bowel cancer and new digestive woes did not present as a discovery for me or the patient. We were already suspecting the worst in either case. And these ‘discoveries’ were almost never a part of the annual physical.

In fact, the women who’ve made up most of my practice over the years have considered the annual exam as a part of renewing their contraceptive pill prescription. The pap and pill renewal has always been ‘the one–two’ of the visit. (Men tended to come only when there was a problem — chest pain, ‘plumbing’ issues- that sort of presentation. But thereafter, they became my most loyal and regular attendees!)

As for the annual Pap test, we’ve known right from the get-go that it missed the most at-risk population.

In the end, I believe we physicians held on to the notion of the annual checkup as a way to underscore our responsibility to our patients for their total care, whatever that means.

But here is what the annual physical has come to mean for the doctor.

As a physician I now spend as much of my time writing letters and appeals on my patients’ behalf as I ever did examining them. I write letters to universities for classroom and examination accommodations. I appeal decisions that suspend benefits to injured workers, I write and parse notes for lawyers, schools, daycares, insurance companies, social assistance review boards, immigration authorities, courts, the police, parents, children, employers.

A young medical resident working with me recently punched out ten times the volume of written information on our fancy Electronic Medical Record software, as I am able with my two-finger approach. Reams of information will be available to document the medical appraisal in the future, and all of this will support the ‘clerk’-ship of medical practice, if not the soul of it.

So it should come as no surprise that the presumed benefit derived from the annual general physical is no longer supported by clinical evidence. It’s being phased out in favour of the annual health review — which costs the government much less. After all, we pay for this care with our taxes and the cost of health care continues to soar.

The same with the Pap test and with clinical breast exams.

Doing breast exams that find masses have been the subject of clinical studies for many years. Researchers have now estimated that false positives (suspicious masses that are harmless) generate unnecessary investigations and heighten patient anxiety. It has even been quantified in dollars ands cents and measured in terms of undue fear for the woman.

It turns out that doctors probably shouldn’t be doing all those exams. Maybe we shouldn’t even be teaching self-examination. At least that’s what some policy advisors have concluded. For my part I will shift, as will my patients, into these new routines.

But I have never felt that the annual physical wasn’t important.

It was my chance to lay my hands on my patient. This itself is reassuring for both of us.

Sure, we can all assume and often do blindly, that good health is our right. But from my view over the years, that facile assumption is a given — only until it isn’t.

Listening to my patient’s story of what wasn’t right anymore – be it waning energy, lousy digestion, erratic sleep, chest tightness, tender breasts, scratches, itches and rashes — all flows from our mutual base of assumed physical soundness. Further, it evolves from years of knowing the character and resilience of my patients. It comes from my witnessing their patterns and responses to life’s disappointments, and its challenges. More often than not these are trials of anxiety and fear of illness rather than any real pathology. Or, put differently. the pathology is the worry and the fear.

Other forces are at work in the erosion of this unique relationship. I’ve watched the effects of mobility and changing family needs pare away and reshape our particular patient care model of one physician as the principal caregiver. We aren’t, in fact, a small village in the big city. The notion of a nuclear family, fixed in one location through decades, is an outdated myth.

My patients stand in, caring for their elderly parents from great distances. Their kids relocate to different cities and different countries. My patients move into senior’s residences out of town and out of reach. And as medicine becomes increasingly complex, care is subdivided into virtual silos of sub-specialties. Amidst all this change, the archaic expectation lingers on – that the family doctor orchestrates all the players in the band of care.

For the tasks that I assume now, I am mostly untrained. At least formally.

But for advocacy — to be the voice of and for my patients — that is an ongoing charge. It is the reason I retain all the records, even with our fancy electronic system, which I adore, by the way. As my patients extend their drug requirements into lists of a dozen or more medications, I need all the help I can get. But the review of the old charts, reminds me of how often in the past as now, the plea for care, or service, or rights sprang from my sense of obligation to provide, simply put, the care of my patient. 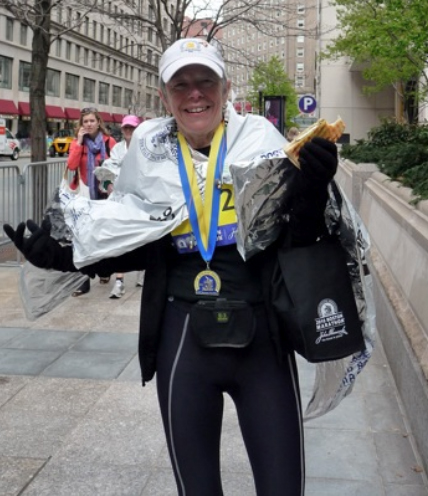 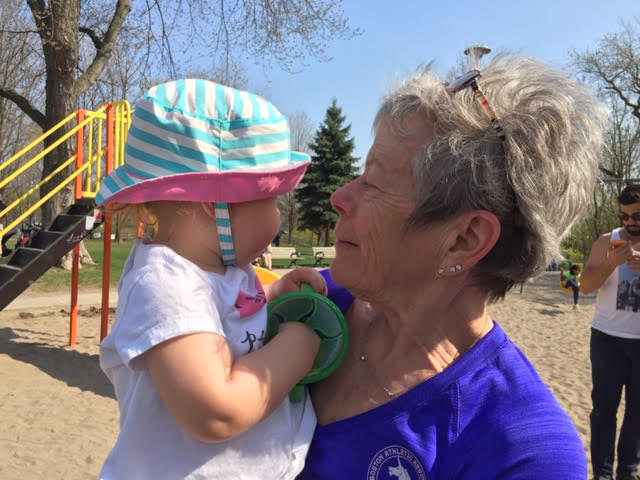