If there is anything a senior wants more than knowing "You're richer than you think", it’s “You’re smarter than you think ”. So when Clive Thompson, the New York Times writer and author of a book of the same title dropped by for a Toronto event, I moved heaven to be included. Clive is Toronto-born and lived here till he was in his 30’s. He is a self-described computer geek from the 80’s and his book is a distillation of 20 years worth of writing about technology and how it is changing us all for the better. So he’s a contrarian, since most everyone thinks the Internet and social media are making us dumb and dumber. In fact, many aging boomers are equally skeptical and intimidated by the claims of technology’s miracle-powers.

But Thompson believes three qualities of digital technologies are changing how we all think for the better.

First, prodigious external memory is a click away. Google may have had its beginnings as a ubiquitous search engine (it still drives 80 per cent of the company’s  revenue stream), but over the years — even in the course of a busy day in my medical clinic — it’s  my go-to source for an instant answer or memory prompt. Second, technology creates connections. Linkages lead us into visual media, ideas, news and publications never available before. Information can expand and contract endlessly, far beyond what any of us have time for in a lifetime. Third, and flowing from infinite memory and connectivity, technology has created a massive shift in how we think and communicate through our digital tools – whether it’s  crowd-driven like Wikipedia, self-driven like blogs and chat lines, and even micro-blogging like Twitter.

Thompson says one huge (though unplanned) benefit of putting our thoughts out there for the world to react to is that it forces us to clarify what we think about something (okay, with certain scandalizing exceptions) before we push the ‘send’ button. Done right, it reflects the Socratic principle that knowledge happens in the exchange and debate of issues and ideas.

He notes that his very well educated 77-year-old mother, who never uses the Internet and doesn’t e-mail or post comments could probably put everything she’s ever written after high school in a single file folder. Education in her day was focused on reading, not on writing. But the digital age has upended this. Today, in North America alone, through our e-mails, tweets, text messages, blogs and more, we produce 3.6 trillion words every day. That’s equal to 36 million books every day.  The entire Library of Congress contains 35 million volumes.

What does this mean for us?

Well, one of my patients, carried two cell phones when she was a senior bureaucrat. One was official. It received all her calls, mail, held her contacts, schedules and the minutiae of everyday life. The second was for her children only. It had a different ring tone and it was their lifeline to mom.

My own excursion into digital media with texting occurred around another of my patients. I’d been desperately trying to get her into treatment for what was obviously an evolving lymphoma. But while the lymph nodes were clearly palpable in her neck, there was no biopsy to confirm the pathology. So getting her a clinic appointment was difficult.

Finally, she arrived in my office with her husband in tow. By that time she was very ill, stomach bloated with fluid and short of breath. He took her to the ER with my note and a few hours later, there was a ‘ping’ at my waistband. That sound used to be the single ring tone of a pager. I looked to see for the first time, a one on the cartoon bubble on the screen of my phone. I clicked. There was a text message from my patient’s husband to say that they were in ER, she had been seen, not much was happening and, ever the polite Canadian, what should he do now? “Stay there!” was my text back, instantly understanding the channel that had suddenly opened up.

For the next three weeks, texting became our unique and instant mode of communication. When I was in Boston to run the marathon in April, I received a text that they were on their way home, having successfully completed her first round of chemotherapy. Through the ensuing  years, in and out of treatment, this has been his way of finding me fast, activated only once since. In the meantime, I have used texting to create a unique channel for my children, far flung yet instantly near. Text messaging suits us all – short, immediate, on the fly.

Blogging has opened up as another channel for me. It’s more immediate than writing a book. And even in the process of updating The New Middle Ages, 10  years on, the need to put the re-edit online for faster accessibility is a challenge.

Clive Thompson also references the new literacies beyond print that have sprung from the Internet–  photography, video, graphics, and YouTube. His examples of data graphing includedWordle. It’s a program that creates clouds of the most used words in a piece of text. It achieved prominence in the 2008 presidential election to highlight the rival’s principle concepts. Teachers have used the same tool to help students identify bad habits in their writing.

Beyond that though, the essence of these new expressive media is their built-in networking power. In the past year, I have renewed my interest in painting. In preparing for my first ever workshop in plein-air painting (I didn’t even know what it meant), I discovered the world of how-to videos. I’ve now spent hours watching artists demonstrate the basics, the craft, the method. For sure, nothing replaces the real experience of putting paint to canvas, but the exposure is invaluable. Thompson’s best example of video literacy to see how it’s done is parkour- the art of running up the side of a building!

In just a few short years, we’ve moved way beyond posting pictures of the grandkids online as a lure for children to get their parents online. A far richer future is already here, one that makes us smarter than we think, and certainly smarter than we’ve been. A lot of people our age view Twitter as a vacuous, self-indulgent, oceanic waste-bucket of commentary. Further, some critics believe 140 characters already overstates what we have to say that is relevant.

But the value of Twitter, according to Thompson, lies in what he calls ambient awareness. No single message is the important message but the snippits over time paint the ambience — the internal state of the person involved. It’s the aggregate over time that creates the novel out of the trivia.

He also notes that Twitter taps into our inherent ability to ‘read’ others so that over time even silences become meaningful. My children and I are already more comfortable texting in short bits because it invites attention rather than demands it. So we could easily move into tweeting. Would that make my increasingly addled state more obvious to them as it rolls out? We’ll see. 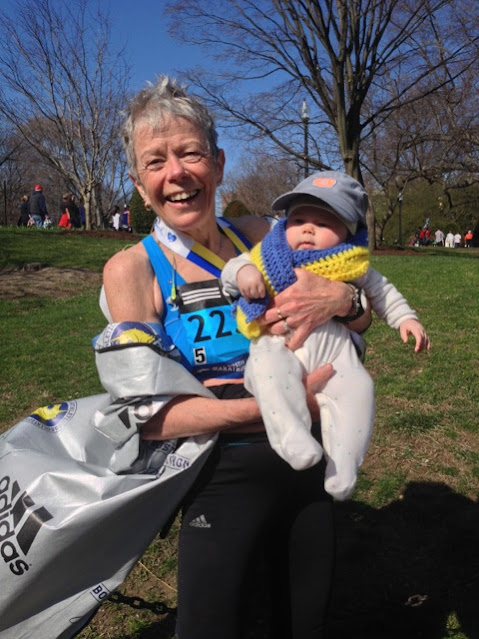 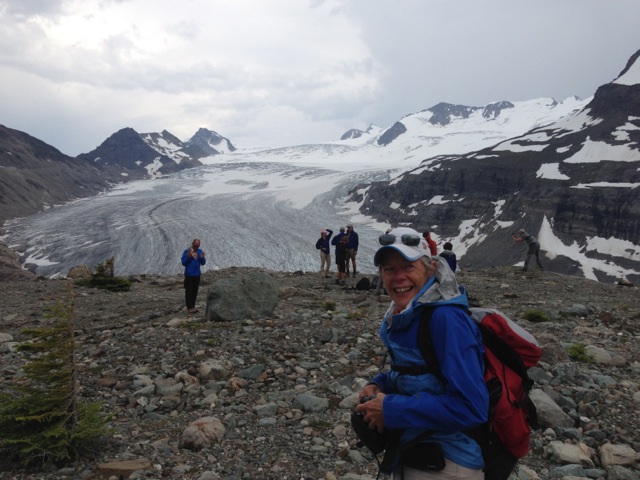