IN PRAISE OF BOLDER WOMEN

I am always charged up during the beginning of September at my Toronto family-medicine clinic. As students crisscross the continent and begin the fall term at school, young women start checking in at my office. They burble with life and purpose and an air of destination, if not destiny.

They come for their annual stock of medications -- antidepressants, birth-control pills, anti-virals and antibiotics -- and they are a very different population of undergraduates than my own classmates and I were at their age.

One young patient is entering her final year of university. She has booked an appointment to fill the script for the antidepressants that help her get to class every day.

She learned about coping the hard way, trying to tough it out alone without resorting to counselling or drugs. It almost cost her life early in her university years, since she was far from watchful parental eyes, and unsupported.

Depression crept up on her, building its own inertia. The weeks rolled by, and there was no work done, no assignments handed in.

The overdose was hardly notable -- just too many pills taken for a headache "by accident." It almost went undetected.

But her mother became wary about her daughter's tone on the phone and drove to her university, unannounced, to see her. It took three days and a lot of legwork on mom's part to move the young woman into a place that offered the care she needed.

Now, two years have gone by and this young woman has transformed herself and acknowledges the struggle she has come through. She has sourced her own support groups, accessed student-aid programs and found mentors. She is able to provide peer counselling for other withdrawn and isolated newcomers on campus. She has found her own strong voice in support of antidepressant medication that isn't hanging on a frame of weakness or lack of character.

Another young patient is trying living off-campus for the first time. She is relishing her freedom and her new life with housemates -- the communal control of cooking and shopping, laundry and parties. She has worked two jobs all summer and is asleep on the examination table when I come in.

"Any worries? I ask.

Yes, as a matter of fact.

She stopped taking birth-control pills at the beginning of the summer because her guy was away, and now she needs to get back on them, and quickly too -- they'll meet up in a few days.

We talk through that issue, as well as her recent herpes outbreak, which has actually flared up because of too little sleep, too many hours at work.

But in spite of her fatigue, she demonstrates a sense of confidence and independence as we chat about her plans. In spite of the herpetic slam-dunk, she has little fear about her physical capacity. Order is about to reassert itself, and her routine will settle. In this instance, the rhythm of school life is a respite.

For another of my patients, the return to school is fraught with strain.

She had "come out" during the last school year and found the whole process frightening. Her family wasn't the problem, at least not in a predictable way. They had known all along, and hoped that publicly acknowledging her sexual orientation would help her settle down and get on with life. But the whole process has had the opposite effect, and the business of reconstructing her new self is all-consuming. It leaves her little time to attend to the job of succeeding academically in this final year before graduation -- or to consider her plans for the future.

What's the difference between today's young women and previous generations?

They have a lot more information to contend with than we ever did at the same age. They're much more sophisticated, more verbal and more self-assured, even as they describe their frailties and failings. They talk more readily about feelings and are able to appraise their own obstructive sensitivity and crippling inertia.

How are they the same?

They know -- as some of us did 40 years ago -- that they are untried and will have to prove themselves in the world of work or university.

We were afraid back then, and these young women harbour the same apprehension. But the goals that they chase are much more varied and richer by far than what seemed possible for us.

What I see in today's young women is a strength we never felt in the '50s and '60s. They may be just as confused and tormented as we were, but they know themselves better than we ever did, and they have all kinds of answers to questions we didn't even have words for.

As their doctor, I am in the privileged position of being able to see a newfound strength and buoyant optimism that they can hardly see in themselves.

For me, as for them, the first days of September are not the end of the summer, but the start of the new year. 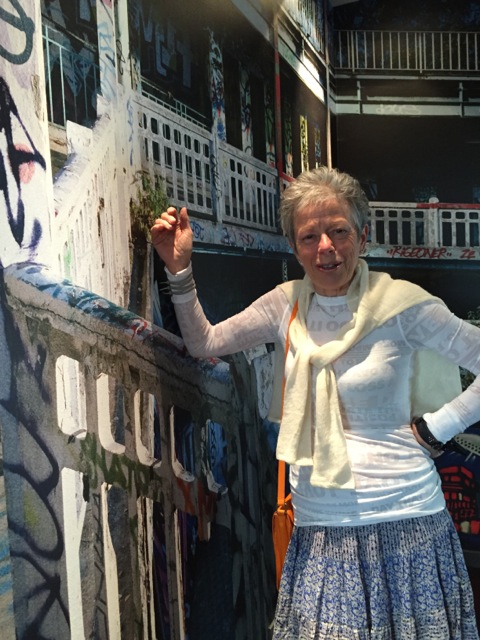