REUNIONS AREN'T ALWAYS ABOUT THE PAST

Class reunions are a combination of voyeurism and nostalgia, gossip and theatre, all tossed into a Mixmaster.

My 30-year medical-school reunion was this past weekend. It was a strangely tender event. We even revelled in an apocryphal story about our dean of medicine who had barked that we were about the worst class he had ever seen and we would never amount to anything.

So as we counted among us a federal cabinet minister, a deputy minister, CEOs, entrepreneurs, professors, miracle-cure researchers, playwrights and authors, we felt some vindication and more than a little pride. But that wasn't what gave this weekend its soul.

The elemental organizational unit in medical school is the "cadaver group," each consisting of six students and one corpse. You team up for this task early in first year and come to share all your anxieties with five other people who come to know your fibre and foibles better than your mother.

But now, we had very different things to share with each other. Gathered last Saturday in our old lecture theatre at the University of Toronto, we reminisced about our careers and work, our illnesses, our encounters with living and dying.

There have been eight deaths among our class of 250. This seems unfairly high -- by my reckoning, we are at the top of our game. But this reunion was filled with memories of those classmates, and reflections about what it's like to be very sick when you're a physician and what we can learn from it.

Illness actually prevented one of the speakers scheduled to participate in a panel discussion on doctors as patients from attending, so he sent along his remarks to be read aloud to the 75 of us.

The first of his six points was that an illness affects the family more than it does the patient, and he reminded us not to take out our frustrations on our families should we become ill. He also warned us not to attempt to medically manipulate our own situation -- it is dangerous and self-destructive. Attitude is everything, he reminded us. Patients with the best attitude do better. Not sometimes. Not often. Always. Look for the lessons in your illness and use it to strengthen your relationships with your patients.

And lastly, he wrote, "You will learn as a patient what it is like to wait, how to appreciate all those who give care, how abrupt we can be as healers, and just how shitty hospital food can be. Compassion for your patients and particularly their families takes on a new and deeper meaning."

The second doctor on the panel talked about her experience as a patient who spent months in an intensive-care unit paralyzed with a rare condition that had struck her out of the blue. When her situation was at its worst, her only way to communicate was by flicking a finger. She was totally dependent on nurses and physiotherapists. As she lost more and more control of her being, what became hugely important was being able to decide things for herself, such as when she should have a tracheotomy -- an incision in her neck to help her breath.

She also talked about the day one of her physicians came back into her room after the hordes of medical students had left.

He wanted to assure her that he understood she didn't trust they had the right diagnosis, but he believed they were on the right path and were sticking by it. All this he had gleaned from recognizing the volumes of fear in her eyes.

That wasn't all. She was subjected to mistakes and ineptitude. Initially too shy and polite to say anything, she found her voice as paralysis crept in to remove it. Her family also pitched in to perform all the necessary things that nurses no longer do because there are so few of them. In the end, it was the kindness and eternal optimism of her treatment team that got her through. For the brunch on Sunday, the organizing committee had invited the survivors of our eight dead classmates to join the reunion. One widow, in the strongest act of courage I've ever witnessed, talked with us about our classmate, her husband, dead since last fall. She told stories of his life and of their shared values, about how they had lived all over the world and had practised the medicine of their politics and their passions -- emergency, rural, hyperbaric, Third World.

She spoke of his physical illness and decline, and of his depression and she spoke about the gun -- a Second World War relic that he had been given by a patient to have evaluated, and that he didn't give back.

She reassured us that he had cared for her and cared about his family, that he never shunned life or a challenge or a responsibility. He was a guiding presence for her, she asserted, even today.

On my way home, I ended up walking through the D-Day celebrations at the Ontario Legislature, and I stopped to help the vets with their name tags. An elderly woman apologized for the frailty that prevented her husband from attending the ceremonies, and said she had come as his stand-in. I was brought up short by being able to see into the future, 30 years hence.

But here, watching these families bring along these leathery slips of men and women to be honoured for their courage, their spirit, their lives lived, I felt the wheel of life and its gifts. 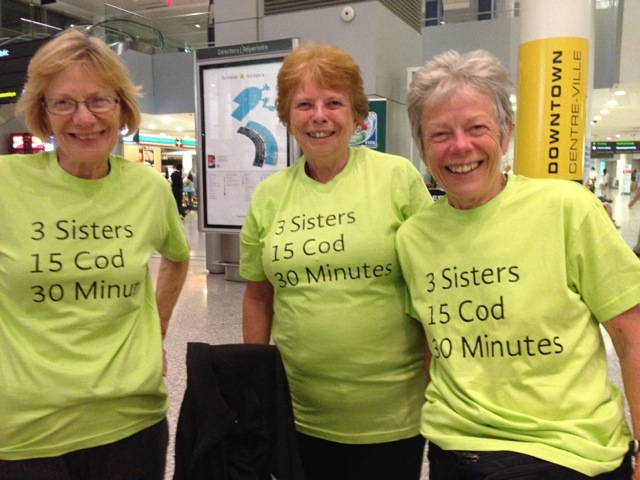 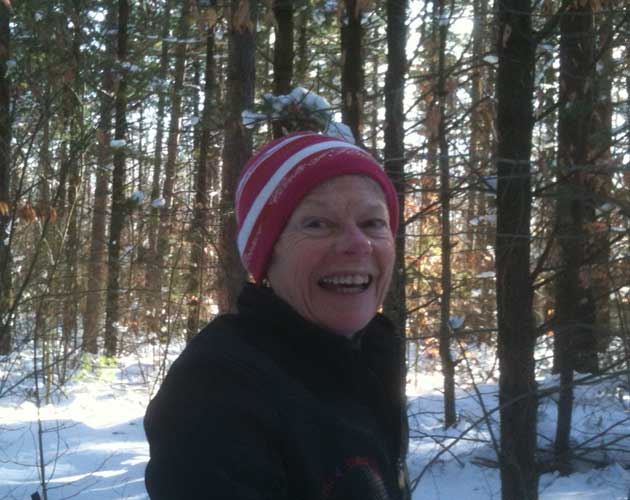