STRENGTH, WHEN NONE SEEMS POSSIBLE

What is your Adversity Quotient?

It's a question I ask silently when I have to deliver very bad news to patients and wonder if they're prepared for the long struggle ahead.

The first thing I see is raw fear, and this single emotion can consume every iota of a patient's energy. One woman confessed to me that she immediately began writing her eulogy in her head after learning she might face a frightening diagnosis. She was able to laugh about it, but only after the diagnosis turned out to be benign.

Until that point, her life became a drawn-out void. Desire, pleasure and, certainly, hope vanished. Getting out of bed took a monumental effort. Sure, her family offered consolation, but their efforts were, in her words, "like matchsticks struck on a slab of terror."

Yet often when the news is very bad indeed, I also see resolution, steadiness, calm. Patients who exhibit these responses are the people who tend to have a very high Adversity Quotient.

For a dramatic rendering of AQ, you need look no further than the movieTouching the Void. This film documents the ascent of a Peruvian peak in the early 1990s by two British climbers, Simon Yates and Joe Simpson. It's one long, breath-holding tale: During the course of one week on the mountain, Mr. Simpson counted himself dead at least four times. In the most dramatic incident, his climbing partner cut him loose when he dropped off a cliff and both risked dying. His account of how he survived and managed to climb off the mountain, his leg broken in three places, runs parallel to the story of Mr. Yates, who continued on, believing his partner dead. Each did what he had to do to survive, one excruciating step after another.

Most of us couldn't imagine having to endure such pain and privation. But I catch glimpses of it in my clinic all the time -- in patients who may not seem strong on the surface, yet who call on an indefinable force for strength when their lives and failing health have ground their spirit and hope into powder.

So I don't believe it's just voyeurism that draws us to tales of overcoming huge odds; we actually have a desperate desire to know where others draw their strength from so that we can identify and use it ourselves.

Last month, The Globe and Mail published the story of Athanasie Mukarwego, a Rwandan mother widowed in the first wave of the 1994 slaughter. She spent three months confined to her bed, raped by hundreds of soldiers in an act meant to defile and obliterate her ethnic roots.

Given this horror, it's no surprise that she often thought of killing herself and her children, who were only a paper-thin wall away. But when she finally found the opportunity, she stopped herself, not knowing why.

Similar examples of resilience are found in a collection of stories compiled by the Chinese journalist Xinran, who used to host a nightly radio program called Words on the Night Breeze, in which women were encouraged to tell anecdotes about their daily lives. One of the stories, which are now collected in a book called The Good Women in China, describes a mother who sits for 14 days with her daughter as the girl slowly dies, trapped in the rubble of a devastating earthquake.

Such tales of incomprehensible tragedy defy understanding, even as we seek clues to tell us how to carry on. While most of us will never know such chaos, we all try to anticipate our responses in the face of calamity, hoping that we have even a small part of the courage of certain British mountaineers or Rwandan or Chinese mothers.

When one of the nurses I work with walked into the intensive-care unit and saw her husband, who had been involved in a horrendous auto accident, she knew in an instant that his life was hanging by a thread. "I'm not leaving," she told the alarmed attendant. "You need me to help."

And she did help, knowing that of all the nurses available at that moment, she had the most experience -- her husband would die if she didn't intervene. I marvel at this strength in my own patients.

A woman with a grim prognosis arranges her own palliative care appointment with the end-of-life team. She is a long way from needing them, but her near-death reaction to chemotherapy was enough of a threat that she now wants everything in place. She shares her humour -- albeit pretty black -- with me, her family and friends.

But what's most odd and striking is the serenity on her face when she talks about her own death. I guess there's some distance granted by stepping ahead of the event, some control afforded when there is nothing more to be done.

I can also catalogue the Adversity Quotient of my patient who survives nearly bleeding to death from colitis, only to discover that her life-saving transfusions have bequeathed her both AIDS and hepatitis C. For good measure, all of these plagues were followed by breast cancer.

But she does more than soldier on, merely surviving. She lives. She's enormously fatigued, and the drugs are difficult. But she's a model of caring for her family, lending her heart to understand their pain and respecting their fears and feelings. She strives always to be outside her own plight. Her stuff of life is beyond anything we can study in a laboratory.

While millions of people have this quality, if we could harness it and have it at our disposal, well, as Louis Armstrong would say, we could still think to ourselves, "What a wonderful world." 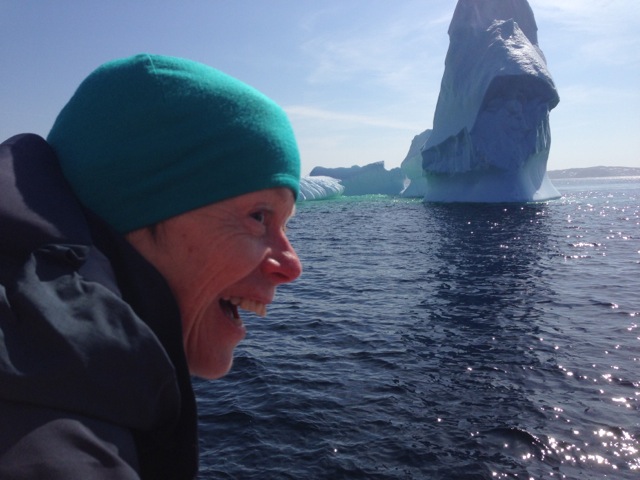 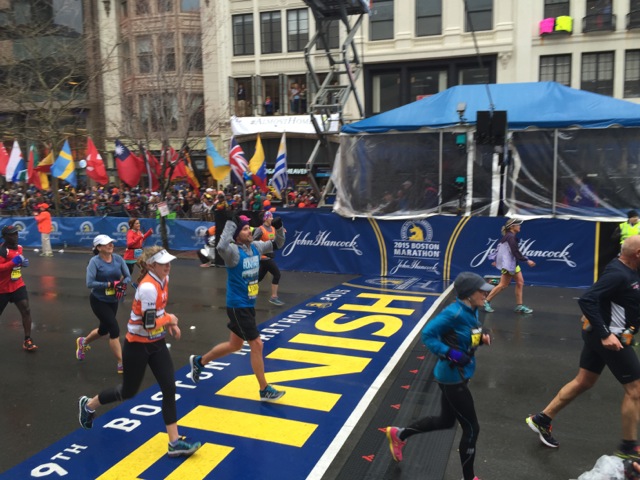